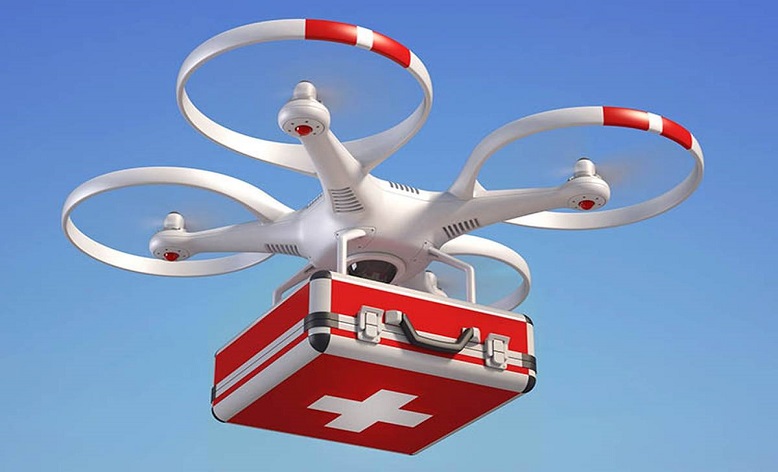 The adoption and deployment of next generation technologies made possible by the digital revolution – those that move the locus of care closer to the patient, and “extend” the care capabilities of providers in a number of ways will be absolutely essential to improve the delivery of care.

“We may very well stand at one of those decisive turning points in history that separate whole eras from each other.  For contemporaries entangled, as we are, in the inexorable demands of daily life, the dividing lines between eras may be hardly visible when crossed; only after people stumble over them do the lines grow into wall which irretrievably shut off the past.”

I once asked a clinical colleague to describe what it had been like working as a trainee with a world-famous surgeon.

His response was surprising, and troubling – “Oh… he’s brilliant and talented, of course, but to be honest – he’s dangerous.  He has become more or less indifferent to patient suffering, and even death – I guess because he has seen so much of it.”

Although infrequent, this type of desensitization, or inurement, unfortunately does occur in clinical settings - whereby health care workers that are constantly exposed to suffering become “numbed” to it over time.

Hannah Arendt, the German-American philosopher, coined the term “banality of evil” in her New Yorker series covering the Nazi war criminal trial of Adolph Eichmann – suggesting that blind allegiance to authority can lead to indifference to suffering.  Although she was aggressively criticized by many for implying an apology for the Third Reich’s role in the Holocaust, those investigating the topic (most notably Stanley Milgram in his experiments illustrating that college students, given the instructions to shock others by an authority figure will do so repeatedly) have supported her theory.

Despite the fact that desensitization, and the “Milgram” effect are real, what I am really concerned about in health care at this particular “decisive turning point in history” is neither of these – what worries me is “distance.”

Could the use of technologies that distance health care providers from the first-hand experience of the suffering of those they care for (such as telemedicine platforms and other forms of “virtual visits” or self-care tools) lead to a collective “stumbling over lines” with unfortunate consequences?  On one side of these lines is empathy and understanding of the nature of suffering, and on the other, a loss of that perspective.

I recently spoke with Dr. Eric Cassell – a pioneer in the development of the specialty of Palliative Care.  He wrote a landmark article published in the New England Journal of Medicine in 1982, entitled “The Nature of Suffering and the Goals of Medicine,” and later edited a well-respected textbook by the same name.  We discussed both the possibility that technology could increasingly distance providers from suffering, and the fact that many physicians are “burning out” in a time when technology should actually be making their jobs easier.

“They are related,” he said. “The problem that physicians have now is not that they get too close to their patients, but that they do not get close enough… The suffering have special therapeutic needs, and those aren’t met by technology alone.”

Dr. Rushika Fernandapulle, the co-founder and CEO of Iora Health, a company that is growing a new model for primary care delivery leveraging high tech and high touch, shared his thoughts.

“The thing that heals people is relationships – the problem is that technology has the ability to actually facilitate relationships, but it can also get in the way of them.”

Karl Marlantes’ book about his experiences in Vietnam as a young soldier, “What it is Like to Go to War” examines the social and psychological consequences of fighting, killing and returning from those experiences, and provides an interesting analogy.  He asserts that the contemporary use of drones and cruise missiles, and the lack of subsequent exposure to the suffering and damage that these weapons cause – may have important unintended consequences.

“Death becomes an abstraction, except for those at the receiving end,” he says. “What is at stake is not only the psyche of each young fighter, but our humanity… the chances for transformational psychological experiences are decreased enormously when you wage war with all the comforts of home.  You have no way of knowing if you are in the sacred space of Mars and death, or coming home from it.”

Mars was the Roman god of war, and the Romans believed that Mars sanctioned war only as a means to achieve peace.  In the spirit of this ancient viewpoint, Marlantes implies that for one to “enter the Temple of Mars” that he must understand fully (experience) the consequences of his actions, and only seek war as a means to more humane ends.  Although the latter may be achieved with war from a distance, the former simply cannot.

The adoption and deployment of next generation technologies made possible by the digital revolution – those that move the locus of care closer to the patient, and “extend” the care capabilities of providers in a number of ways will be absolutely essential to improve the delivery of care.

However, as we use these new tools, let us take care to not allow them to create “walls difficult to traverse” between those that are providing care, and those that are suffering.  Let us continue to immerse ourselves in the nature of suffering of the diseases we treat, as well as the suffering that is often created by our efforts to treat them.  We must avoid, at all costs, simply delivering health care by drone.

Roy Smythe currently is the Chief Medical Officer for Valence Health, a Chicago-based health care consulting, services and operating company that seeks to facilitate the ability of providers of care to manage medical and financial risk. He was previously the Chief Medical Officer at AVIA, a provider-led health care technology accelerator. He is also Chief Executive Officer of HX360, an AVIA / HIMSS (Health Information Management and Systems Society) co-developed initiative, working at the interface between technology, process and structure in health care. He has enjoyed a long career in patient care – with time on staff at the University of Pennsylvania, The University of Texas M. D. Anderson Cancer Center and Baylor Scott & White Healthcare.