Here's Why Data Is Not The New Oil 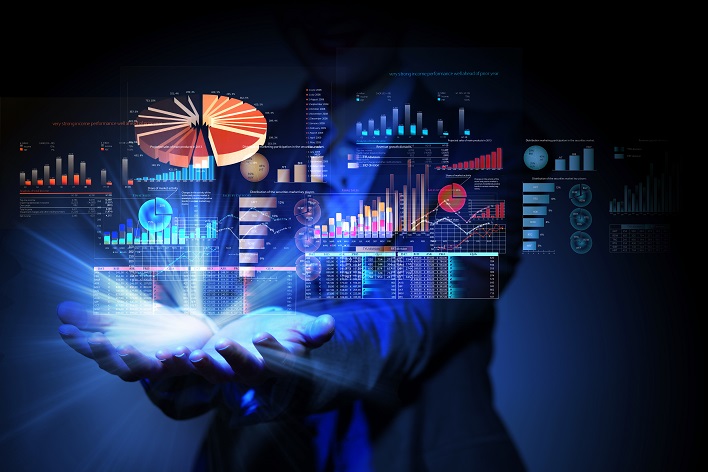 It’s a claim you’ve probably heard multiple times – “Data is the new oil!” Now it’s true, that in some ways, the analogy fits – it’s easy to draw parallels due to the way information (data) is used to power much of the transformative technology we see today – artificial intelligence, automation and advanced, predictive analytics.

However, in many ways, it’s also lazy and inaccurate – and while it’s handy as a marketing shorthand (because it gets across the fact that data is a valuable commodity with many different uses across many applications) it’s also potentially problematic.

The concept is usually credited to Clive Humby, the British mathematician who established Tesco’s Clubcard loyalty program. Humby highlighted the fact that, although inherently valuable, data needs processing, just as oil needs refining before its true value can be unlocked.

However, data also has many other properties which cause the analogy to break down on more detailed inspection.

For a start, while oil is a finite resource, data is effectively infinitely durable and reusable. This means that treating it like oil – hoarding it and storing it in siloes, has little benefit and reduces its usefulness. Nevertheless, due to the conception that it is similar to oil (scarce), this is often what is done with it.

Oil requires huge amounts of resources (including oil itself) to be transported to where it is needed. Data, on the other hand, can be replicated indefinitely and moved around the world at the speed of light, at very low cost, through fiber optic networks.

Data also becomes more useful the more it is used, rather than its energy being lost as heat or light, or permanently converted into another form such as plastic, as when oil is used. Once processed, data often reveals further applications. For example, medical data collected from patients can help a doctor diagnose and treat an individual patient. After that, it can be anonymized and fed into machine learning systems to generate broader insights that can benefit many, many more.

Treating data like oil – using it once then assuming its usefulness has been depleted and disposing of it – would certainly be a mistake.

Data – particularly Big Data – also has far more variety than oil. The crude oil which is drilled from the ground is processed in a variety of ways into many different products of course, but in its raw state, it is all the same. Data can represent words, pictures, sounds, ideas, facts, measurements, statistics or anything else which can be processed by computers into strings of 1s and 0s that make up digital information.

Of course, data, like oil is a source of power. And those who control it (think of Amazon, Alibaba, Facebook or Google) are establishing themselves as masters of the universe, just as oil barons did 100 years ago. This has even led some to suggest that the data-mining giants have a responsibility to ensure that their resources are put to work for the benefit of humanity as a whole, rather than simply being allowed to enrich themselves. Unlike oil drilling, however, data mining does not intrinsically involve causing damage to the natural environment and exploitation of finite natural resources (apart from the electricity used to run the system).

Unregulated data-mining causes a whole different set of problems – privacy issues as well as the imbalance of power which is caused by information being in the hands of the few, rather than the many. Treating or thinking about data like oil only serves to encourage this dichotomy between the haves and the have-nots in the digital age.

In fact, if we are going to think about data as a power source or fuel, then it would make more sense to consider its similarities with renewable sources like the sun, wind and tides. There is an abundance of it – more than we can ever use – and rather than fencing it off and reducing the supply, we should think about how we can make it more widely available to everyone.

Data – in the quantities it is available today – is, in fact, an entirely new commodity, and the rules around how it is stored, treated and used are still being written. Comparing it to existing, old world resources makes for nice snappy soundbites but, apart from conveying the idea that it is valuable, is largely a meaningless exercise. Data will hopefully also cause less disruption and destruction of life on our planet than we have done with oil, over the last century

It’s far more productive to consider how data is different – the myriad of ways it can be captured, used and reused, and in doing so, generate value and benefits to humans that will help us tackle big issues from education to healthcare, from reducing hunger to fighting climate change.