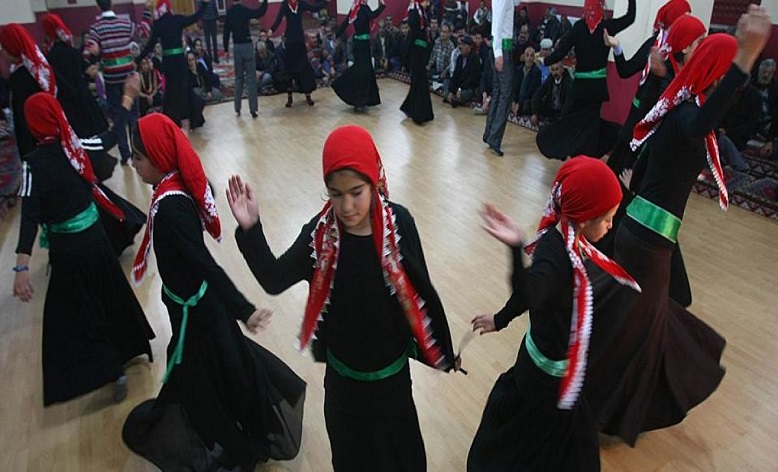 I will start by saying that I as a Sunni man will not try to define who an Alevi is. I have no right, nor do I think that anybody else should have such a right. Alevis are who they define themselves as, whether that is a sect within Islam or something entirely separate. It is not right for the Sunnis, the state, or religious officials to define who they are, or bestow upon them a status.

There are left-wing Alevis and right-wing ones. Conservatives and seculars, nationalists and internationalists. None of them represent the faith on its own, and the core remains a faith-based Alevi teaching. So, would it be right to search for one definition for a group of believers, when we don’t do the same for Sunnis?

I don’t think one could understand who Alevis are without understanding the tradition of Sunni Islam created by the Umayyad dynasty and the tyranny their rule brought on. Because Alevis are not just proponents of Caliph Ali or the Ahl al-Bayt, they have a faith and political history that has stood in opposition to the Umayyad political Sunni Muslim tradition.

In this sense, Alevis are not just a sect. They have created a different blend of interpretation for Islam against the Umayyad tradition most Sunnis adhere to.

There are some who say Alevis go back to the practices of pre-Islamic pagan faith or Zoroastrianism. Many diaspora Alevis have written extensively on this aspect.

Such an understanding can also be seen inside Turkey, among politically-motivated Alevi groups. This approach, sometimes called “Alevi without Ali,” prefers to differentiate Alevism from Islam, or define it as something completely separate.

I believe everybody should be free to define themselves and believe as they wish, free to practice under guarantee of the law. The state has a duty to guarantee that citizens can practice their religious faith, including those citizens who believe Alevis to be non-Muslim.

It isn’t right to search for a compromise in defining Alevis, and at the current stage, it is not possible to do so. A Sunni approach that defines Alevis as “those who love Caliph Ali” or “thosewho love the Ahl al-Bayt” (as Turkish President Recep Tayyip Erdoğan famously did in 2013) is not realistic.

Alevis freely participating in social and political life as themselves in a pluralistic society would be both more realistic, and better for the implementation of social peace.

Here I should speak separately about the Alevis of Dersim, the eastern province officially renamed as Tunceli after the rebellion in the 1930s. The city and its faith community has held great importance.

One of the most significant characteristics of Alevis of Dersim is that they hold their faith before their ethnicity. They are Alevis before all, and they are loyal to Ali and the Ahl al-Bayt.

The other is that they put human beings at the centre of their outlook to life. They believe humans and humanity are the most important in this world. In the words of Pakistani poet Muhammad Iqbal, Alevis also believe that being human means honouring humanity. Theiresteem for humans, nature and living beings is the source of respectability for this faith community.

The people of Dersim were subjected to discriminatory policies by the Ottoman Empire, and they had supported the project that was the Republic. But one of the harshest attacks in their history came from the very republic they supported.

Dersim was subjected to an operational banishment/exile, massacre and assimilation as part of the construction of the nation-state between 1935 and 1938. In this period, the Alevi identityas well as the Kurdish identity was put through inexplicable pressure and pains.

Turkey’s policy of forcing the Sunni faith on the population started with the military junta of the 1980s and continues to this day. With the latest purges in recent years, there are no Alevis serving in the bureaucracy – not one, as chairs of any institutions, rectors in universities, governors or police chiefs – I believe this is enough ‘proof’ that the Alevis have been treated as the Other.

Alevis can’t feel safe in any province or small town in Turkey, until the establishment and official ideology faces up to the events of Dersim and expresses regret.

It is impossible to continue with a despotic system that utilizes nationalism, racism, denialism, discrimination and othering. Society and the state can’t be governed this way anymore. An insistence to try will result in more damage, hostilities and divisions.

I believe we have one last chance to try to make things right. When we use empathy, we will see that it is not our diverse identities and faiths that make it impossible for us to be united, but the othering authoritarian order itself.

Until the authoritarian and tyrannical order changes, our country won’t feel safe. Neither will any section of society. We need change, and a lasting and just peace so we can leave behind the suffering of centuries.

In this sense, I believe that we are obligated to stand together in peace, joined in the cause of a pluralistic democratic system under the rule of law.