10 works of Beethoven that actually changed the world 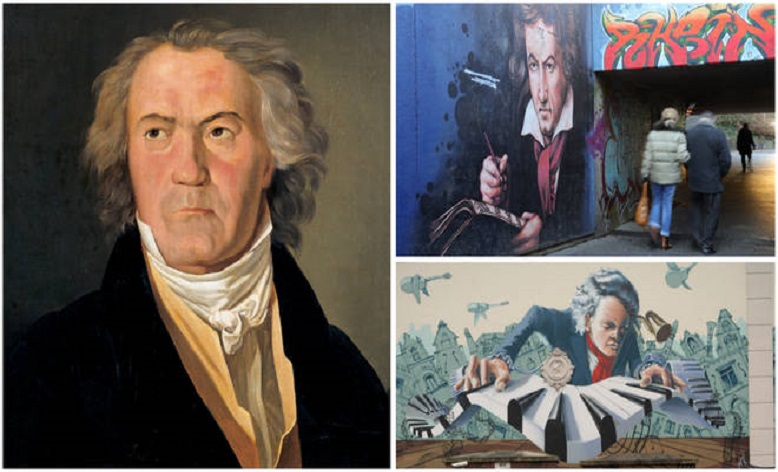 250 years ago, Ludwig van Beethoven was born – and the world was never the same again. These are 10 masterpieces from the German composer that altered everything forever.

In 1795 young Beethoven had moved from his home town of Bonn to Europe's centre of music, Vienna. He had spent his first few Viennese years studying music with teacher Joseph Haydn and playing to nobility in private salons. But it was through his Piano Concerto No. 2 that the world got its a glimpse of Beethoven the virtuoso and as a composer.

The young, slightly odd-looking and awkward Ludwig made his public debut at the age of 24 at Vienna's Burgtheater, playing this piece. The concert was a huge success, and a star was born. The young virtuoso got everyone talking, giving him influential connections and a profile to start publishing his works. Vienna, and indeed the whole classical world, would never be the same again.

In all his piano sonatas, Beethoven pushed the limits of the rapidly evolving fortepiano. He also took a lot of Classical conventions (like the fast–slow–fast movement structure) and threw them out of a moonlit window.

Ludwig opens this sonata with a slow, expansive, moody first movement, that's now known the world over. The composer instructed the pianist to use the sustain pedal in a different way too, creating new sounds throughout the movement that would later be associated with ‘Moonlight’.

From John Lennon to sleep studies, the reach and influence of this sonata's first movement is impossible to overstate.

The sonata ends in a very different mood, its Finale a breathless flurry of arpeggios and chords. It is said to have inspired Frédéric Chopin, as the Polish Romantic took piano virtuosity to another level decades later. And today, if you scroll through piano videos on social media, and you'll find young musicians thundering this one, with perfectly lit iPhone videos and hair flying in every direction. From 1801 to the TikToks of 2020, this piece has an infectious energy and magic all of its own.

Most symphonies in 1803 lasted around 25 minutes. Beethoven blew them out of the water with his epic Symphony No. 3, known as the 'Eroica'. The symphony starts in the cellos with an exquisite melody that then falls on an achingly chromatic C sharp. In that one note you feel you're stepping into a new world.

Throughout the symphony (like the famously subversive horn entry in the first movement's development section), Beethoven has these moments that stretch and expand what a symphony could be. In its heaving scale, and those heart-contorting moments, the 'Eroica' really was the first Romantic symphony.

Four dark, fist-shaking notes begin this symphony. They're probably the four most famous notes in all of music, that now are deeply embedded in our culture and consciousness.

Written between 1804 and 1808, at the time when Beethoven was coming to terms with his deafness, they begin a deeply emotional journey in music. The symphony takes us from that 'fate knocking at the door' moment, though anguish, struggle, and then in the resolve and triumph.

Also, think about the tortured-genius archetype that runs through all culture, and how much is rooted in Beethoven's expressions in this work.

The symphony begins in the darkness of the C minor key, but ends in the light of C major. It evokes music's power to take us to profound inner places, to capture anguish, and convey something universal in music: despair can yet journey to hope. And it all stems from that four-note phrase known to (probably) billions around the world today. Cool, huh?

Dum, dum, dum, dum. No it's not Beethoven's fifth again, but rather the taps on the timpani for another musical upheaval.

This time the motif is owned by his only violin concerto. In true Ludwig style, the very opening signals things are different. The work brought a new sound, style and scale to solo concertos. It was not much loved during the composer's lifetime, but it grew in popularity during the 19th century, inspired Brahms, and became the model of the solo concerto.

Interestingly, heavy metal guitar has roots in Romantic violin concertos and, therefore, in the bones of this work. So, there would be no Megadeth without this mega-Beethoven.

Over five movements, Beethoven's Sixth Symphony portrays pastoral scenes, from the beauty of the countryside to a flowing brook with the musical sounds of nightingales, quails and a cuckoo; a country dance, a storm and then, finally, sunshine.

Programme music had been around before, but it is the depth of the musical imagery that took life in 1808, which makes this a transformative work that changed the relationship between music and drama forever. Think about that next time you're streaming a movie and hear music written to accompany a sunrise. 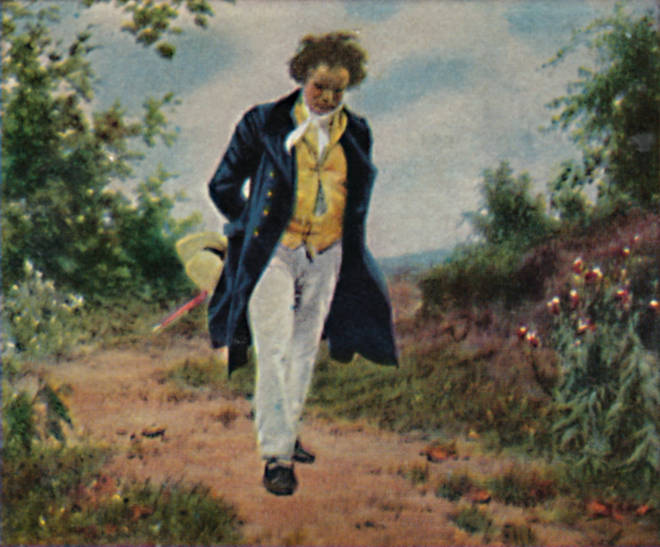 In this list of mammoth works, how strange that we now turn to a simple little Bagatelle for solo piano in Rondo form.

In 1810, this work could have just slipped down the side of the couch, never to be seen again. But because it's Beethoven it stays with us, and it is transformative and powerful in its own unique way.

Für Elise is a miniature of such exquisite pianism and charm. It wasn't actually published until decades after the composer's death but has soared in popularity since. It's the piece in an old music box, or for many, the first 'real' piece you wanted to learn on the piano.

These broken chords have flowed from the fingers of countless young pianists – played in lessons, music exams, and in mini-recitals to grandparents the world over. Think of how many musical minds it has inspired over the centuries, and the ripples that created. Thanks, Beethoven.

This work is considered one of the most difficult pieces ever written for piano. The very opening sequence of chords, preceded by a fleeting note in the bass, has a multi-octave leap that is humanly impossible to play at Beethoven's marked speed.

This epic is chocka with blistering counterpoint, fiendish double trills and monumentally demanding passages, and an absolutely bonkers fugue to end.

In this sonata Beethoven took the Classical sonata's musical form, and stretched it to its greatest extent. This work became the apex of Beethoven's writing for composers like Brahms who continued to explore Classical forms, pushing them in new virtuosic and expressive directions.

The Hammerklavier pushed Classical form as far it could go, without breaking it. Beethoven's final symphony broke it all wide open.

The sheer might and weight of the first movement tells you this is a symphony like no other. After 40 incredible minutes of Beethoven's most exquisite writing, a final movement erupts with something completely new for a symphony: a setting of a poem.

A huge, dissonant chord heralds soloists and chorus, in a joyous celebration of universal brotherhood. In 1824, it was also a revolution in music, which was picked up by the likes Wagner of Mahler who continued to embrace this union of poetry and symphonic music.

Chamber music was a thread that ran right through Beethoven's life, from his first published works to these, his last. His late string quartets were written when he was in total deafness, isolated, and drained physically and emotionally. He knew these were his last days and he wrote this music for pure expression and emotion.

Listen to the anguish and despair of the Cavatina movement of Op. 130. Over a gentle pulse in the three lower strings, the first violin sobs. This writing, enigmatic, personal and questioning, opened a door to everything in music, creation and expression. We wouldn't have half the music we love today, if we hadn't first had this.